Warehouse giant Costco are officially in the coffin business. The company says that coffin sales in the US have been widely successful and their introduction into the Australian market promises to save consumers as much as 50%.www.7news.com.au #7News

We appreciate that times are changing and as consumers become smarter buyers, Australian families will want to look for ways to make funeral arrangements in a non-traditional way.

We are excited to announce that Scientia are now on board as Costco’s partner to provide an affordable range of coffins and caskets to Costco members. Costco’s aim is to provide ‘value and quality’ to its member. This is launched in the first weeks of May in Melbourne, and then in Sydney in the following weeks.

At Scientia, we care about the aftercare service as much as offering a quality product of good value. Therefore, as part of this exciting initiative, we have a network of Funeral Directors who are ready to serve Costco members. Once a coffin is sold, Costco members can approach us for advice on our Funeral Director network.

Please check in store to pick up a brochure. 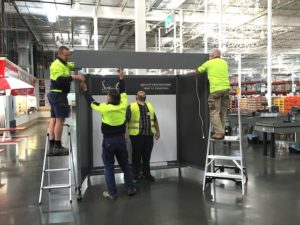